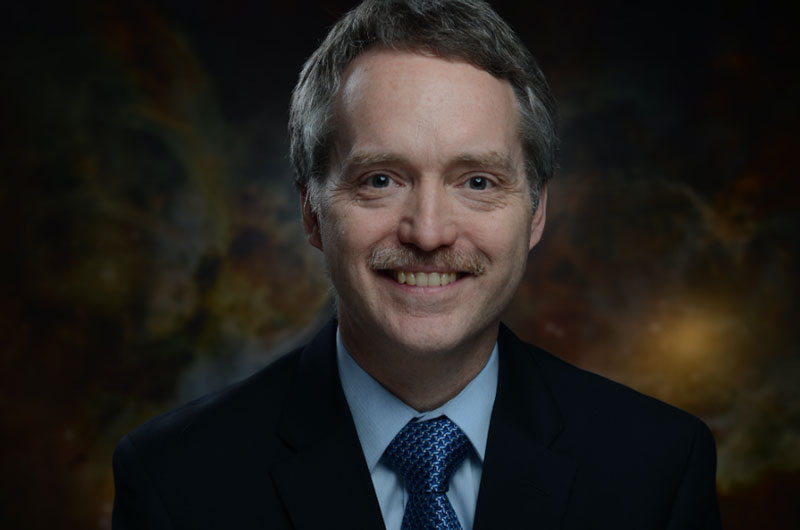 Dr. Jeff Valenti is an astronomer at the Space Telescope Science Institute (STScI), which is the Science and Operations Center (S&OC) for the James Webb Space Telescope (JWST). Valenti has worked on JWST since 2002, first as an instrument scientist supporting the Near-Infrared Spectrograph (NIRSpec), then as lead of the Mission Engineering and Science Analysis team at STScI, and finally as JWST Mission Scientist at the S&OC. In this letter role, Valenti serves as a key interface between scientists, engineers, and operations at the S&OC.

Valenti has a Bachelor of Science degree in Astronomy from the California Institute of Technology a Doctor of Philosophy degree in Astronomy from the University of California at Berkeley. Before coming to STScI, Valenti was a postdoctoral fellow at the University of Colorado in Boulder and then at the National Optical Astronomy Observatory in Tucson, Arizona. While in Boulder, Valenti participated in ground testing of the Space Telescope Imaging Spectrograph (STIS), which was later installed on the Hubble Space Telescope. For his first three years at STScI, Valenti was an instrument scientist on the STIS team, helping maintain instrument calibration data and supporting observers.

Valenti's research typically involves spectroscopy of stars, but touches on many domains. He studies the structure and composition of stellar atmospheres, including the influence of magnetic fields on observed spectra. He studies stars of all ages, but is particularly interested in very young stars that are emerging from dense molecular clouds. JWST will peer into these clouds providing new insight at this early phase in the life of a star. Valenti studies stars at all temperatures, but is particularly interested in the coolest stars and brown dwarfs. JWST will obtain complete spectra of brown dwarfs at infrared wavelengths, where these very cool objects emit essentially all of their energy. Valenti studies stars that host exoplanets, particularly when the planet transits the star and is eclipsed by the star. JWST will revolutionize the study of transiting planets, obtaining detailed spectra of exoplanet atmospheres over a broad wavelength range.

Valenti has obtained and analyzed many thousands of spectra at infrared, optical, and ultraviolet wavelengths. He has helped calibrate a few ground-based and space-based spectrographs. He helped write a data reduction pipeline to extract spectra from many cross-dispersed echelle spectrographs. He also helped write and maintains software that fits observed stellar spectra with model spectra, enabling users to determine stellar temperature, composition, and other physical properties. Valenti draws on all of this experience, when he represents the S&OC as a member of the JWST Science Working Group.