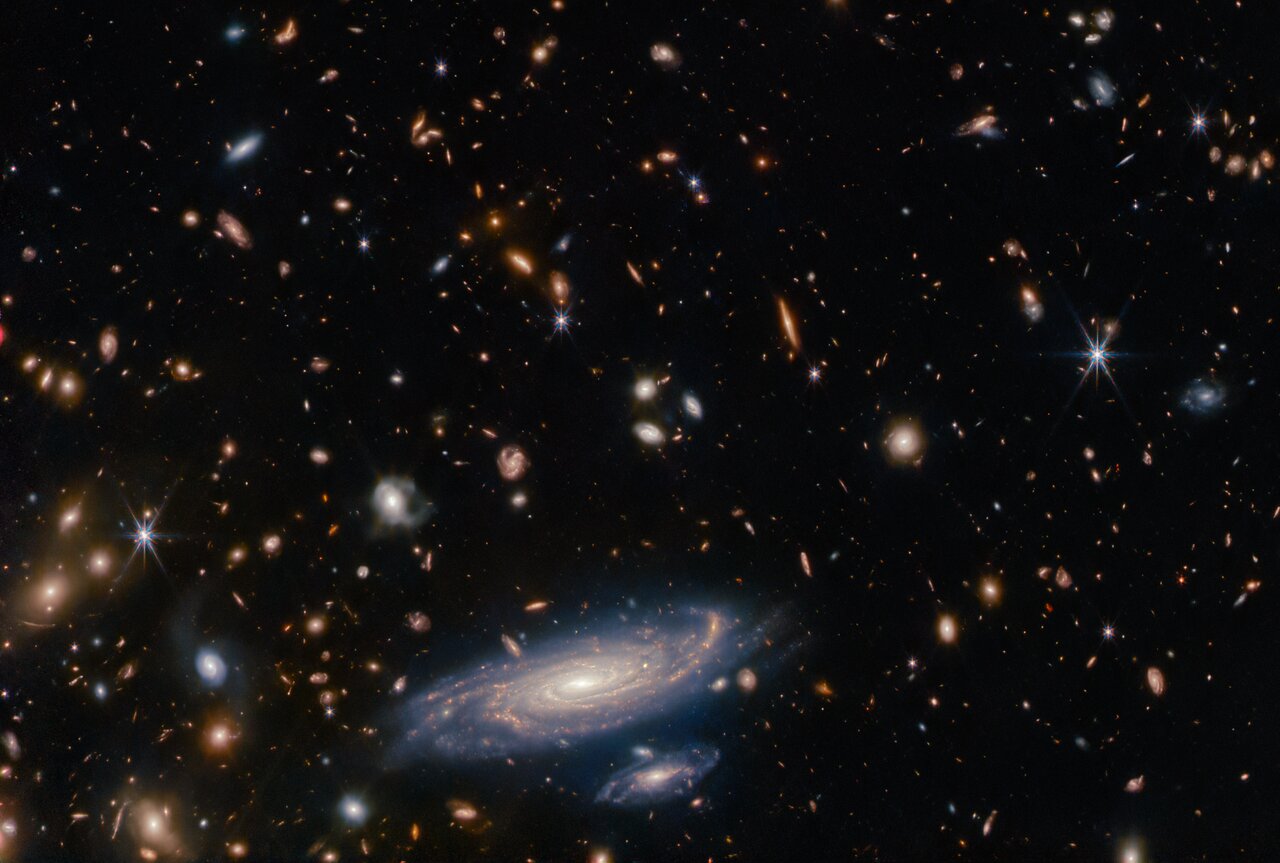 A crowded field of galaxies throngs this Picture of the Month from the NASA/ESA/CSA James Webb Space Telescope, along with bright stars crowned with Webb’s signature six-pointed diffraction spikes. The large spiral galaxy at the base of this image is accompanied by a profusion of smaller, more distant galaxies which range from fully-fledged spirals to mere bright smudges. Named LEDA 2046648, it is situated a little over a billion light-years from Earth, in the constellation Hercules.
More ❱

One of Webb’s principle science goals is to observe distant — and hence ancient — galaxies to understand the details of their formation, evolution, and composition. Webb’s keen infrared vision helps the telescope peer back in time, as the light from older, more distant galaxies is redshifted towards infrared wavelengths. Comparing these galactic fossils to modern galaxies will help astronomers understand how galaxies grew to form the structures we see in the universe today. Webb will also probe the chemical composition of thousands of galaxies to shed light on how heavy elements were formed and built up as galaxies evolved. 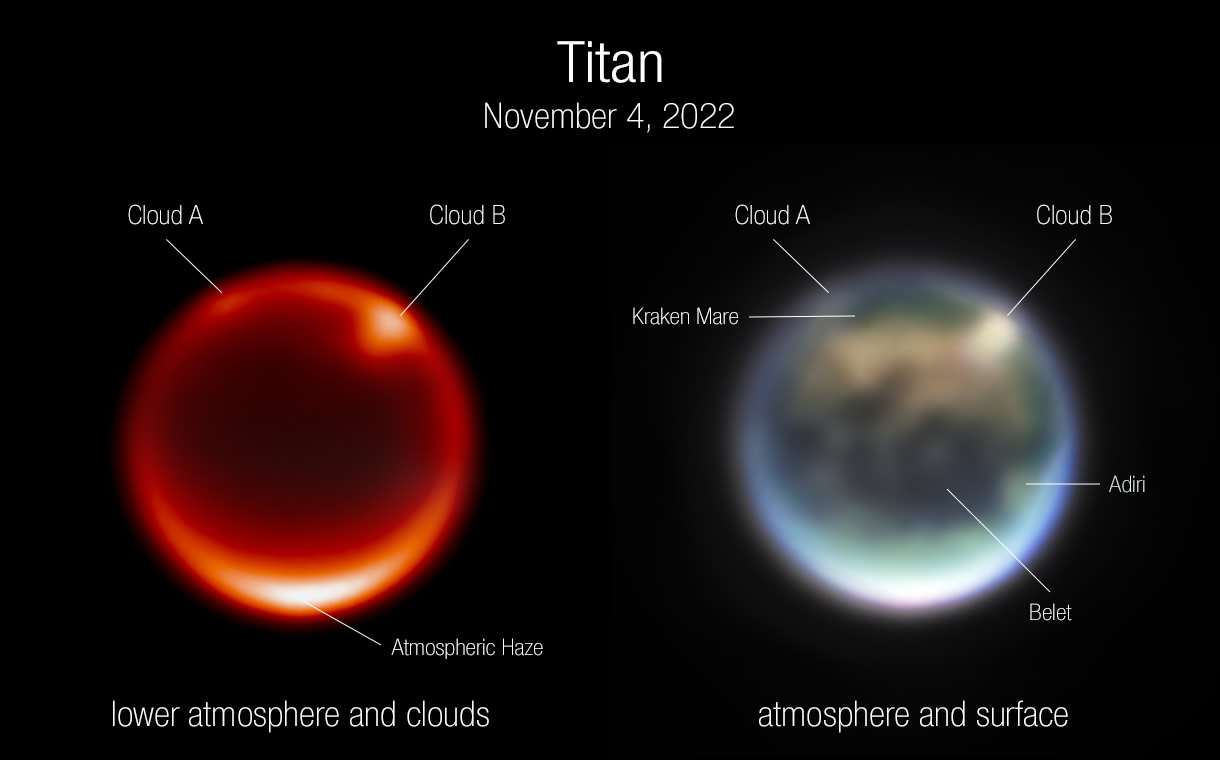 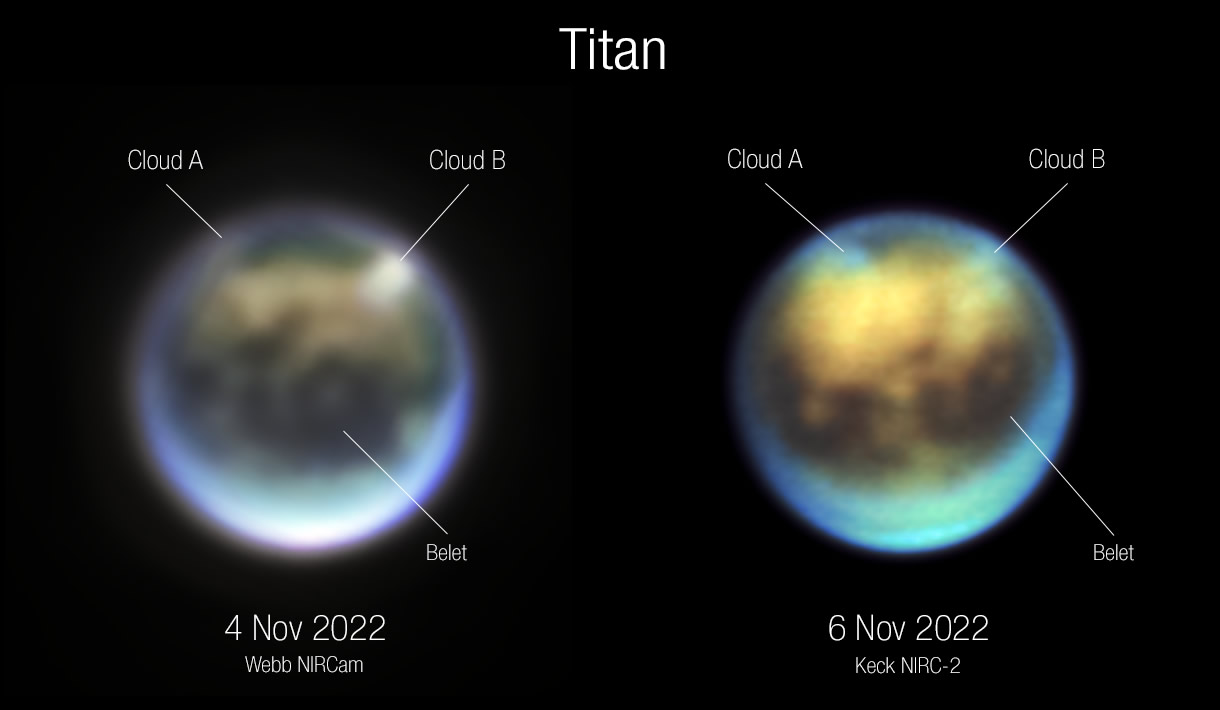