The Observatory is the space-based portion of the James Webb Space Telescope system. It is comprised of the Optical Telescope Element (OTE), the Integrated Science Instrument Module (ISIM), the sunshield and the spacecraft bus.

The OTE is the eye of the Observatory. It consists of the mirrors and the backplane. The OTE gathers the light coming from space and provides it to the science instruments located in the ISIM. The backplane is like the "spine" of Webb. It supports the mirrors.

The ISIM contains Webb's cameras and instruments. It integrates four major instruments and numerous subsystems into one payload.

The sunshield separates the observatory into a warm sun-facing side (spacecraft bus) and a cold anti-sun side (OTE and ISIM). The sunshield keeps the heat of the Sun, Earth, and spacecraft bus electronics away from the OTE and ISIM so that these pieces of the Observatory can be kept very cold (The operating temperature has to be kept under 50 K or -370 deg F).

A Breakdown of Observatory Elements 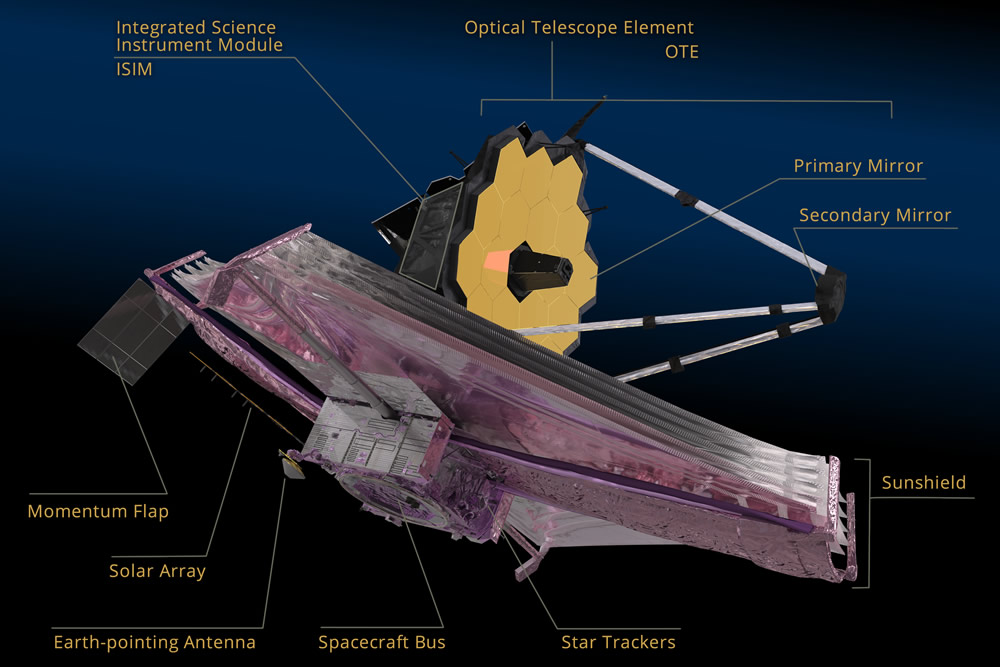 The Observatory consists of:

Try these activities and interactives to learn more about the spacecraft and it's subsystems. Look into our other activites too.

Learn more about the structure and parts of the spacecraft, try your hand at building our paper model of Webb!
+

Learn more about the different parts of Webb, and compare it to a simple hand-held telescope by playing our "Scope It Out" game!