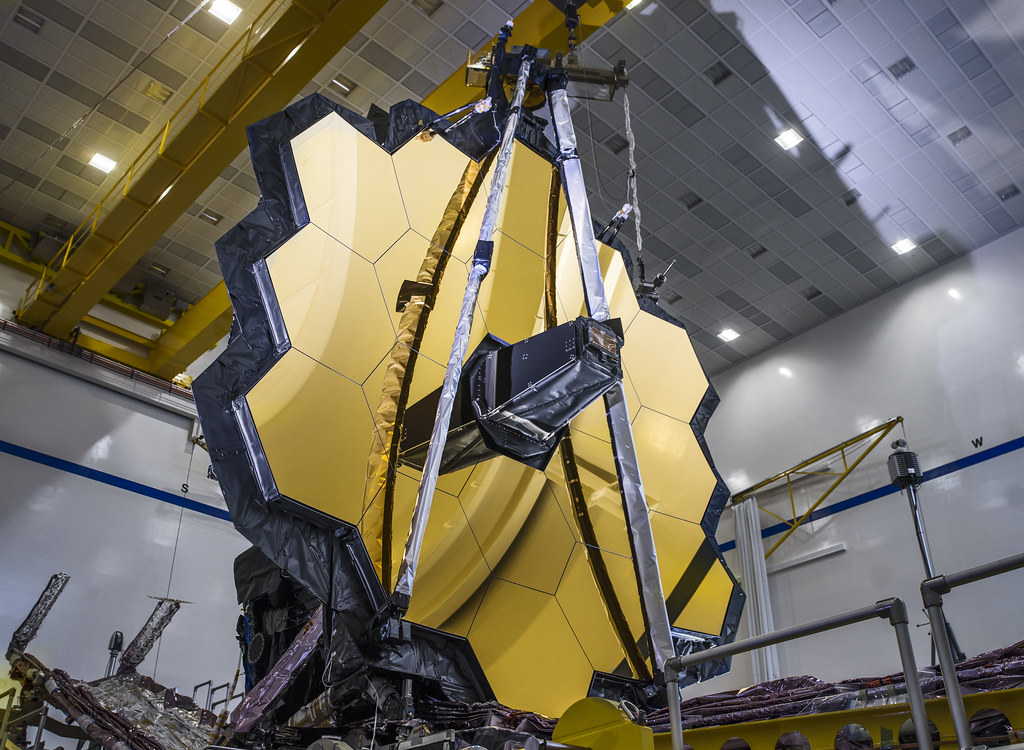 Webb during final integration. The Story of Webb Gallery.

the premier observatory of the next decade

Webb is the premier observatory of the next decade, serving thousands of astronomers worldwide. It will study every phase in the history of our Universe, ranging from the first luminous glows after the Big Bang, to the formation of solar systems capable of supporting life on planets like Earth, to the evolution of our own Solar System.

Webb was formerly known as the "Next Generation Space Telescope" (NGST); it was renamed in Sept. 2002 after a former NASA administrator, James Webb.

Several innovative technologies have been developed for Webb. These include a primary mirror made of 18 separate segments that unfold and adjust to shape after launch. The mirrors are made of ultra-lightweight beryllium. Webb’s biggest feature is a tennis court sized five-layer sunshield that attenuates heat from the Sun more than a million times. The telescope’s four instruments - cameras and spectrometers - have detectors that are able to record extremely faint signals. One instrument (NIRSpec) has programmable microshutters, which enable observation up to 100 objects simultaneously. Webb also has a cryocooler for cooling the mid-infrared detectors of another instrument (MIRI) to a very cold 7 K so they can work.