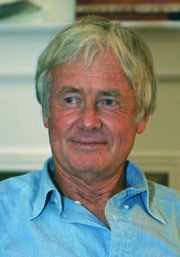 John B. Hutchings had a dual role in the James Webb Space Telescope project at the National Research Council Canada, Victoria, Canada. Since 2001, he was both the Webb telescope Canadian Project Scientist and the Webb telescope's Fine Guidance Sensor Instrument Scientist.

Specifically, Hutchings was a member of Hubble Space Telescope GHRS team from 1976 to 1997, the Hubble STIS team from 1982 to the present; and on a number of other instrument proposal teams.

Since 2000, John has been the Canadian Principal Investigator on the Indian Space Research Organization's Astrosat Mission. From 1998 to 2000, he was involved with the NASA/Canadian Space Agency Next Generation Space Telescope External Science Review, the Ad-hoc Science Working Group from 1998 to 2000, and the Interim Science Working Group in 2001.

From 1987 to 2007, he was the Canadian project scientist and science team member for FUSE. During that time, he was also involved with the Canadian Space Agency Ultraviolet Imaging Telescope (CUVIT) concept study (1996-7), where during phase A in 1998 he was the Principal Investigator.