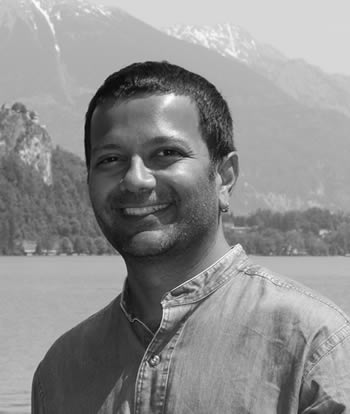 Kartik Sheth is a program scientist in the astrophysics division within NASA's Science Mission Directorate. His current portfolio includes SOFIA, Spitzer, James Webb Space Telescope and the Origins Space Telescope and the Hubble fellowship program. He is the public affairs lead for the division, an IR discipline scientist helping oversee the low energy astrophysics R&A portfolio and a member of the communications team.

He earned a BA in Physics from Grinnell College in 1993, a MS in Physics with a focus on Physics Education from University of Minnesota in 1995 and a MS and PhD in Astrophysics from the University of Maryland in College Park in 2001. After his graduate work he was postdoctoral fellow and staff member at Caltech from 2001-2009.

Before coming to NASA HQ, Sheth was a tenured astronomer at the National Radio Astronomy Observatory in Charlottesville, VA and also served as the Director for the Office of Diversity and Inclusion, and the Commissioning and Science Verification Liaison for the Atacama Large Millimeter/Submillimeter (ALMA) telescope in Chile. In his research career, he was the PI of two large legacy programs (S4G and S4G+) with the Spitzer Space telescope and a founding member of the COSMOS survey, as well as prolific user of the ALMA telescope – his research is primarily aimed at understanding the formation and evolution of galaxies and co-evolution of galaxies and black holes with large scale structures in the Universe. He served on various NSF and NASA review panels and committees, including NASA Astrophysics 30-Year Roadmap committee which wrote "Enduring Quests, Daring Visions", a guiding document for NASA Astrophysics.