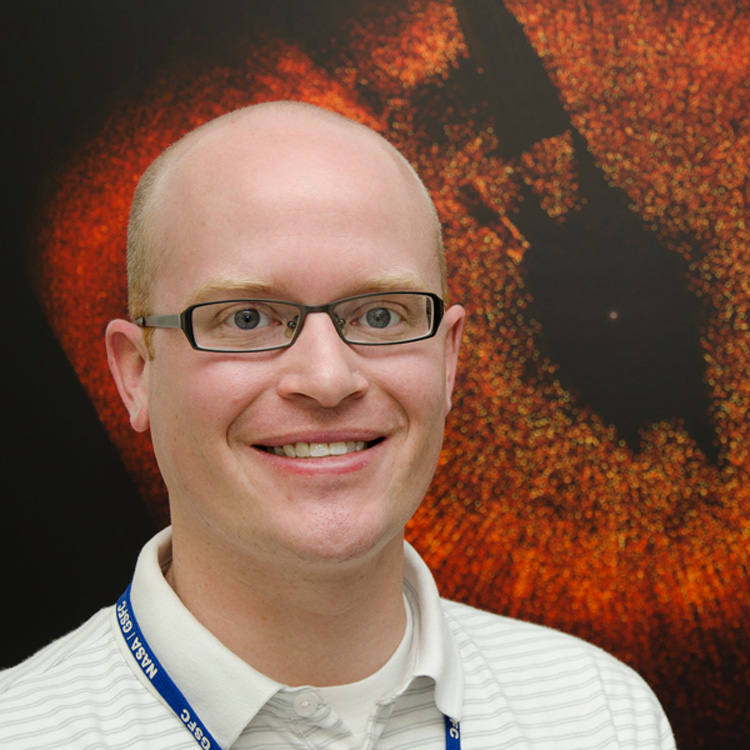 Stark has led numerous theoretical and observational studies of debris disks, the hazy clouds of dust generated by asteroids and comets around other stars. Stark studies the optical properties of this dust, the interaction between exoplanets and disks, and the impact of this hazy debris on future exoplanet imaging observations.

Prior to arriving permanently at NASA GSFC, Stark was a staff scientist at the Space Telescope Science Institute in Baltimore, MD, where he worked on commissioning of JWST’s Optical Telescope Element and science operations for JWST’s coronagraphs.

Stark is originally from Mt. Pleasant, Iowa. He attended the University of Northern Iowa, where he fell in love with physics and exoplanets, and obtained his B.S. in Physics in 2004. He earned his Physics Ph.D. from the University of Maryland while researching at NASA’s Goddard Space Flight Center (GSFC) as a Graduate Student Researchers Project Fellow. He then worked as postdoctoral fellows at the Carnegie Institution’s Department of Terrestrial Magnetism and later at NASA GSFC.